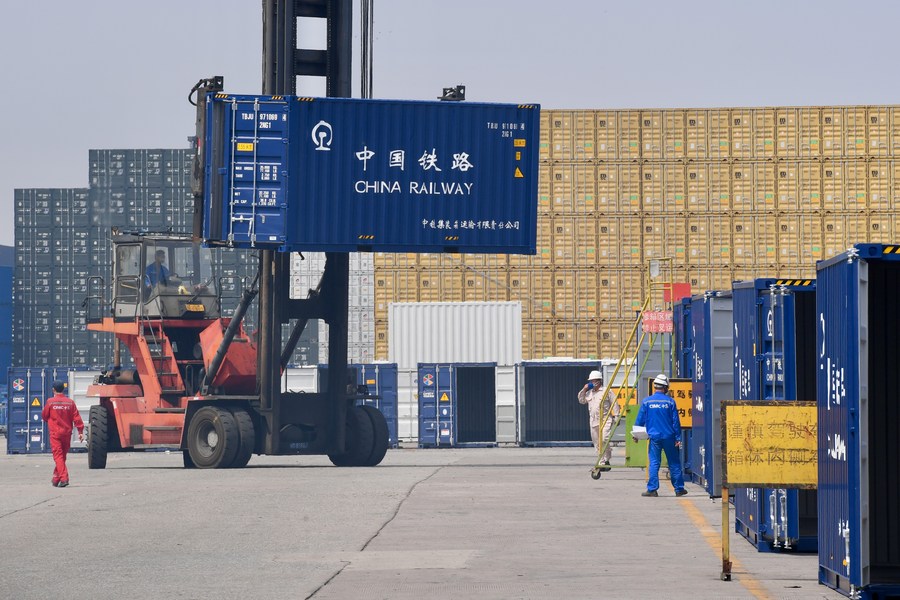 The company's revenue reached 73.2 billion yuan (about 11.3 billion U.S. dollars) in the first half of this year, up 85.6 percent year on year, while its net profit amounted to 4.3 billion yuan, according to its H1 earnings report released on Friday night.

The company's container business realized revenue of 27.5 billion yuan in the period, surging 224.9 percent year on year, while its net profit reached 4.39 billion yuan, about 18 times the number in the same period last year.

This is the company's best H1 performance since it started production in 1982, the report said.

CIMC attributed its robust H1 growth to the revival of the global commodity trade and the growing demand for shipping containers in the January-June period.

CIMC is headquartered in Shenzhen, a tech hub in south China's Guangdong Province.