The first new pure LNG cement tank ship of “Oil-to-Gas Xijiang” was launched, and the first 20 ships were all delivered in the year 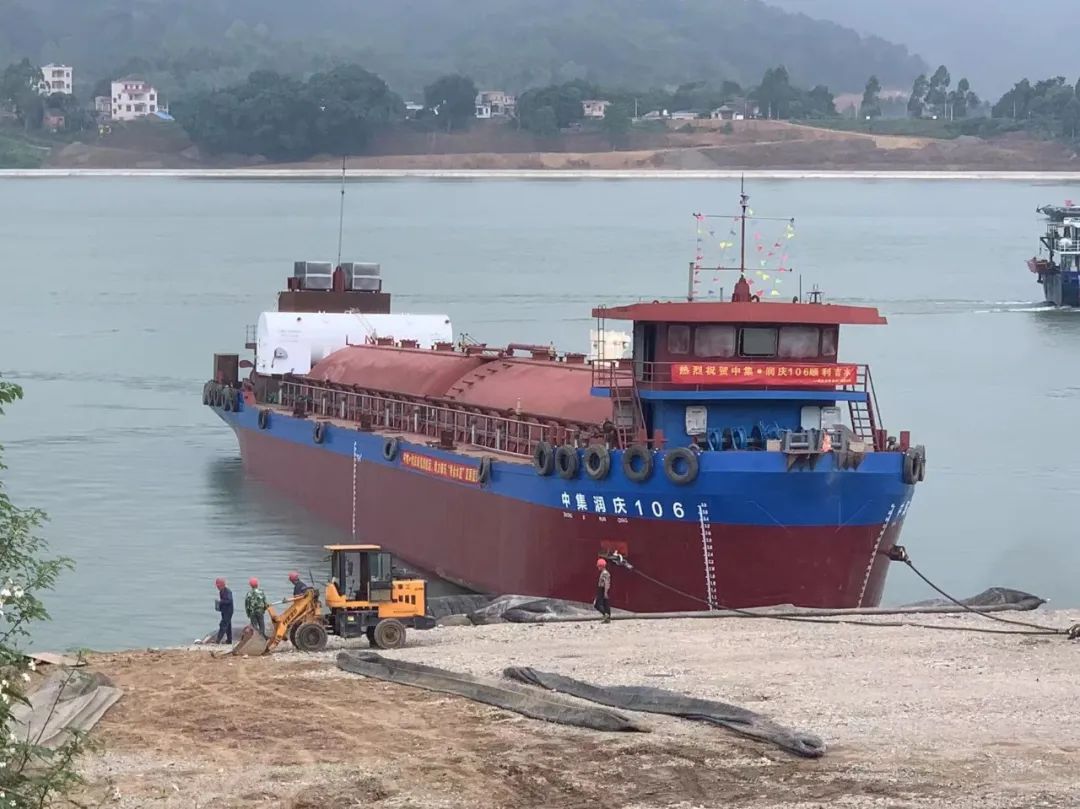 In late April, “CIMC-Runqing 106”, the first new LNG (liquefied natural gas) single-fuel-powered cement tank ship in China built with the investment from CIMC Wetrans (the logistics services segment of CIMC), a subsidiary of CIMC Group, and Zhaoqing Runqing Water Transportation, was successfully launched in Zhaoqing City, Guangdong Province. This means that “Oil-to-Gas Xijiang”, the Xijiang energy transportation project in which CIMC and Zhaoqing City cooperated is about to be put into operation, in respect of which solid progress is made. The ship is the first ship in the first 20 new LNG-powered cement tank ships in the “Oil-to-Gas Xijiang” project, and all of the remaining ships will be delivered in the year.

It is reported that the port cargo throughput of Zhaoqing City is expected to exceed 200 million tons in the next two years, and the participation of CIMC will definitely help the inland shipping industry in Zhaoqing develop more environmentally friendly and efficient. According to relevant persons in charge of CIMC, capitalizing on its synergy advantages of diversified enterprises and its pioneering advantages in tank and LNG equipment, CIMC will vigorously promote LNG-powered cement tank ships, and plan to put 300-500 cement tank ships into operation in the Pearl River Basin within 3 years to support the comprehensive change in the bulk cement transportation mode.