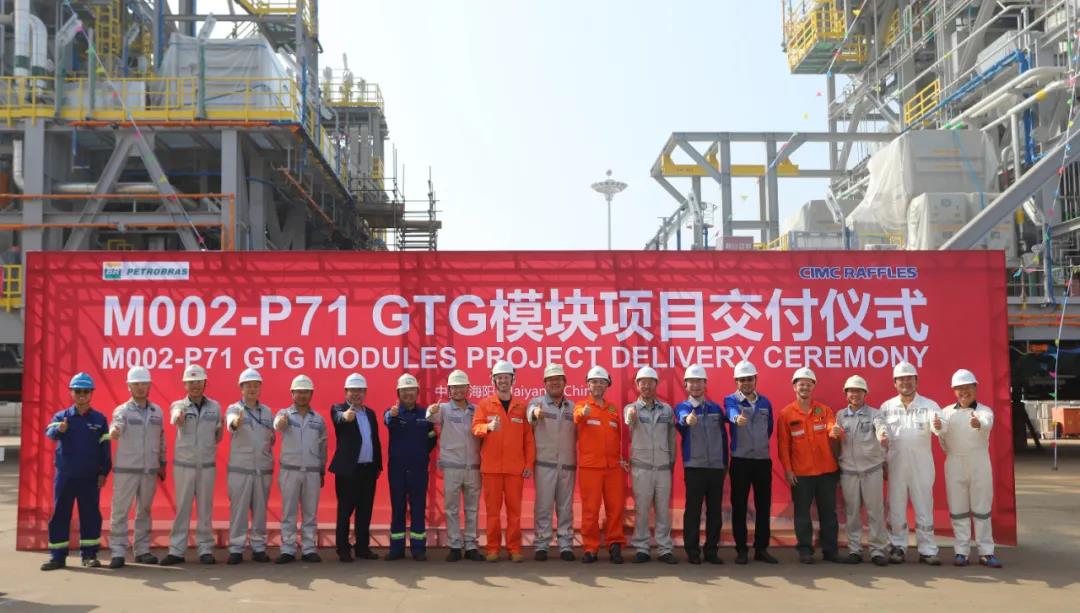 The M002 GTG project consists of two modules, each of which is 29 in molded length, 22 meters in molded breadth, 34 meters in molded height and weighs about 1400 tons. Upon completion, it will be installed on Petrobras P71 FPSO (floating production storage and offloading tanker) to provide power for the entire upper module area of FPSO. The project was officially started on November 8, 2019. The construction took about 9 months and involved the inspection, assembly and installation of 4 turbines. During this period, the pipeline specialty had completed flange management and helium nitrogen testing for the first time, and solved many difficult problems such as perlite insulation, corrosion prevention through metallized aluminum, pre-debugging of electrical systems, etc.

During the construction, CIMC Raffles actively responded to the multiple challenges brought about by the COVID-19 epidemic. Despite the tight construction period and insufficient construction personnel, CIMC Raffles still made every effort to complete the delivery of the project. In response, Petrobras said that it was very grateful to the project team for their efforts all the time, especially the efforts they had in the last four months of the project. And he felt very touched. He also highly affirmed the outstanding performance of 500,000 safe working hours and zero accidents by the project team for the delivery of the project, and look forward to further in-depth cooperation with CIMC Raffles in the future.