Recently, Zhangjiagang CIMC Sanctum Cryogenic Equipment Co., Ltd (CIMC Sanctum), a business division of CIMC Enric, has respectively delivered, installed and commissioned 4 liquid oxygen storage tanks at the sites of Wuhan Central Hospital Nanjing Road Premise and Liyuan Hospital of Tongji Medical College, Huazhong University of Science & Technology. It is noteworthy that so far, the company has produced and delivered 24 tanks for hospitals in Wuhan and 31 tanks for hospitals in Hubei Province to aid the Province’s novel coronavirus (COVID-19) control. 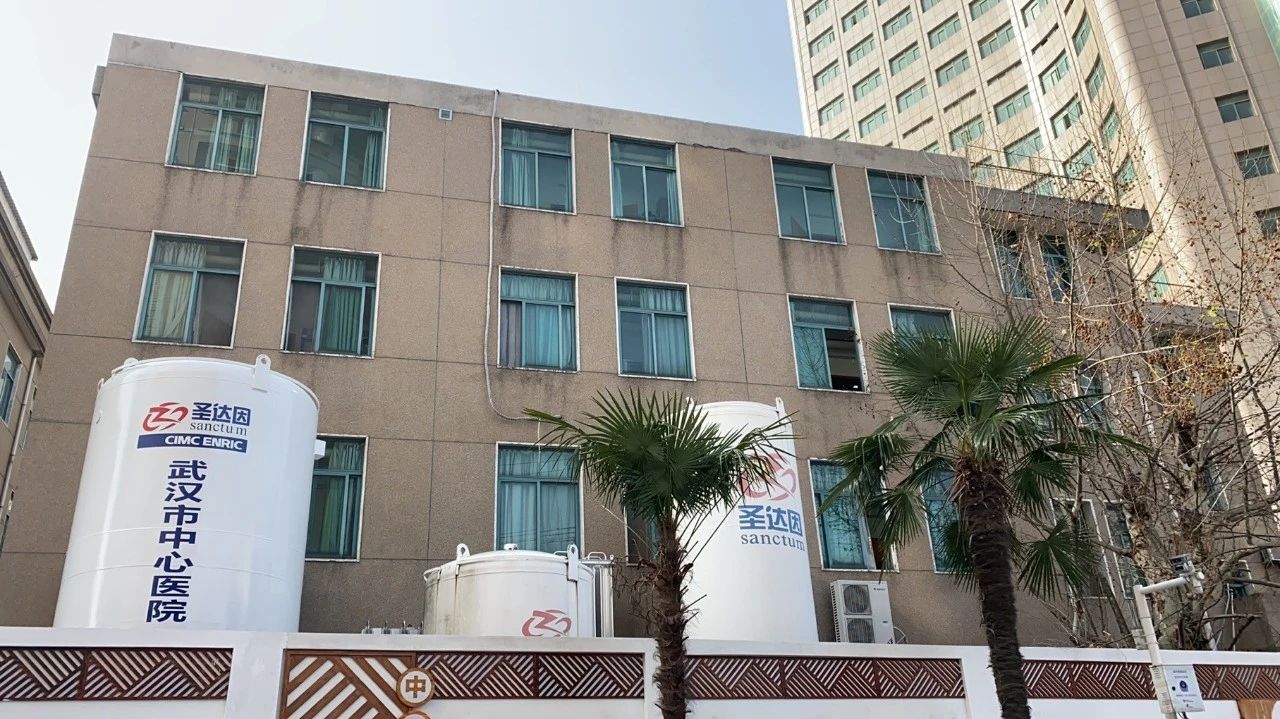 Since the outbreak of the COVID-19 - especially after the oxygen therapy was proved to be the most important means to treat patients with new coronary pneumonia, hospitals in Wuhan, Huanggang and Xiaogan increased their demands for medical oxygen, and the daily medical oxygen consumption was ten times greater than that in normal days. However, some hospitals had problems with the provision of medical oxygen due to the shortage of oxygen storage equipment.

“Some big hospitals have nice centralized oxygen provision systems, but they choose to reserve a number of liquid oxygen storage tanks in case of emergency as the virus spreads at an unexpected speed”, said Zhang Long, Marketing Director of Middle China Office of CIMC Sanctum, noting that “these are the main reasons for the increase in the demand for medical oxygen equipment.”

According to Zhang Long, hospitals in Wuhan and other cities of Hubei Province prefer liquid oxygen storage tanks to other oxygen storage equipment, because the tanks feature greater storage capacity, lower turnover frequency, centralized control and simple operations, and most important of all, the pressure and flow of the tanks can meet the need of high-flow medical oxygen during the treatments of seriously ill patients, while traditional steel bottles and portable Dewars for liquid oxygen do not embrace such favorable features. 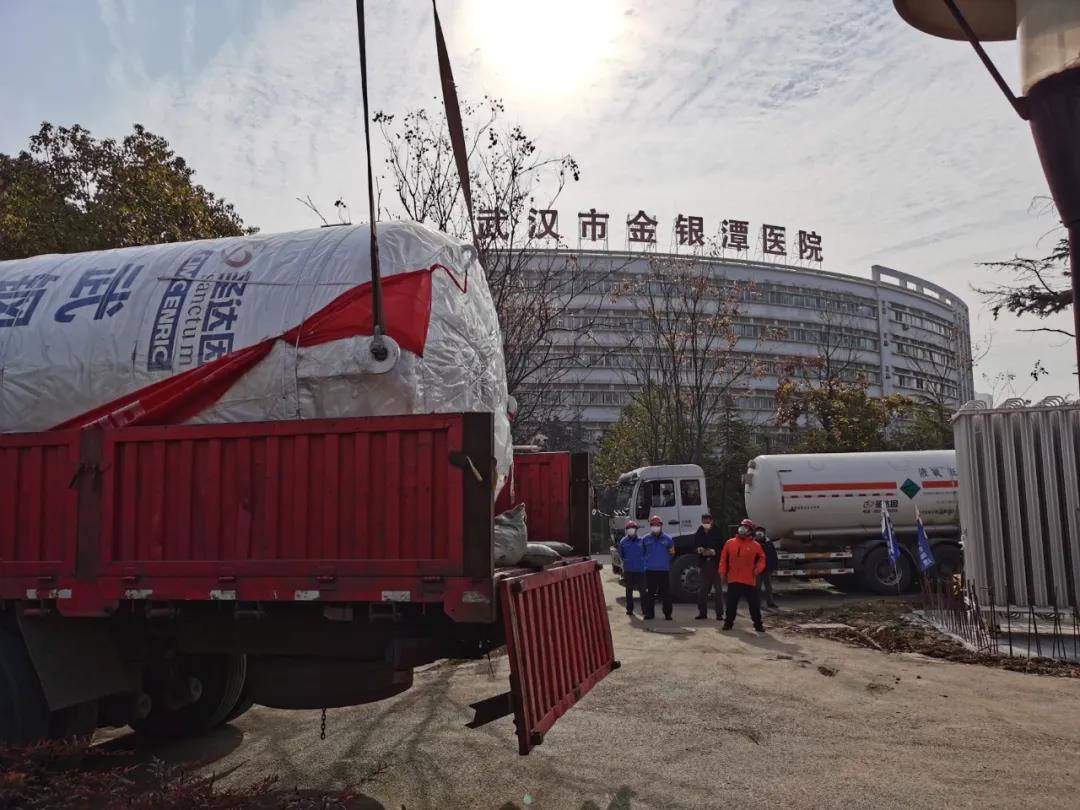 According to Jiang Airong, Deputy General Manager of Sales Center of CIMC Sanctum, the company accounts for over 40 percent shares of domestic industrial gas storage equipment market and nearly 80 percent shares of Hubei provincial market, and its product quality and service have been endorsed by hospitals and medical professionals.

Upon the receipt of the emergency orders, CIMC Sanctum immediately developed and put into practice the emergency plan: under the general manager of the company, to establish a team of 30 people from departments; upon the approval of Zhangjiagang Municipal Government for the resumption of production, to quickly carry out the later-stage processing of existing nitrogen or argon storage tank bodies and turn them into liquid oxygen storage tanks to meet the demands of hospitals; to ensure the delivery and instant install-and-play of the equipment. According to Jiang Airong, basically the industrial gas storage tanks for oxygen, argon and nitrogen all use interchangeable standard tank bodies. Therefore, the company may turn other industrial gas storage tanks into liquid oxygen storage tanks through the installation of corresponding tubes and meters, spray painting of finishing coat, commissioning and test according to customers’ specifications.

“We presented the emergency orders from the hospitals in Hubei Province to the competent authorities in Zhangjiagang, the local government quickly reviewed these requests, conducted rigorous safety inspections of workplace and physical examinations of the 30 team members, and granted the approval for the resumption of production. However, the key point of the emergency plan is to ‘borrow’ completed standard tank bodies from other customers”, said Jiang Airong, admitting that it was impossible to come up with a brand new design and complete the production in the midst of the major campaign against the COVID-19 spread and infection, so it is necessary to transfer the tank bodies manufactured for other customers.

“We had consultations with these customers immediately. On hearing that their tank bodies will be used for the products for Hubei hospitals, they agreed to our request. We are grateful for their understanding and support and will supplement the ‘borrowed’ tank bodies as soon as possible”, added Jiang Airong. 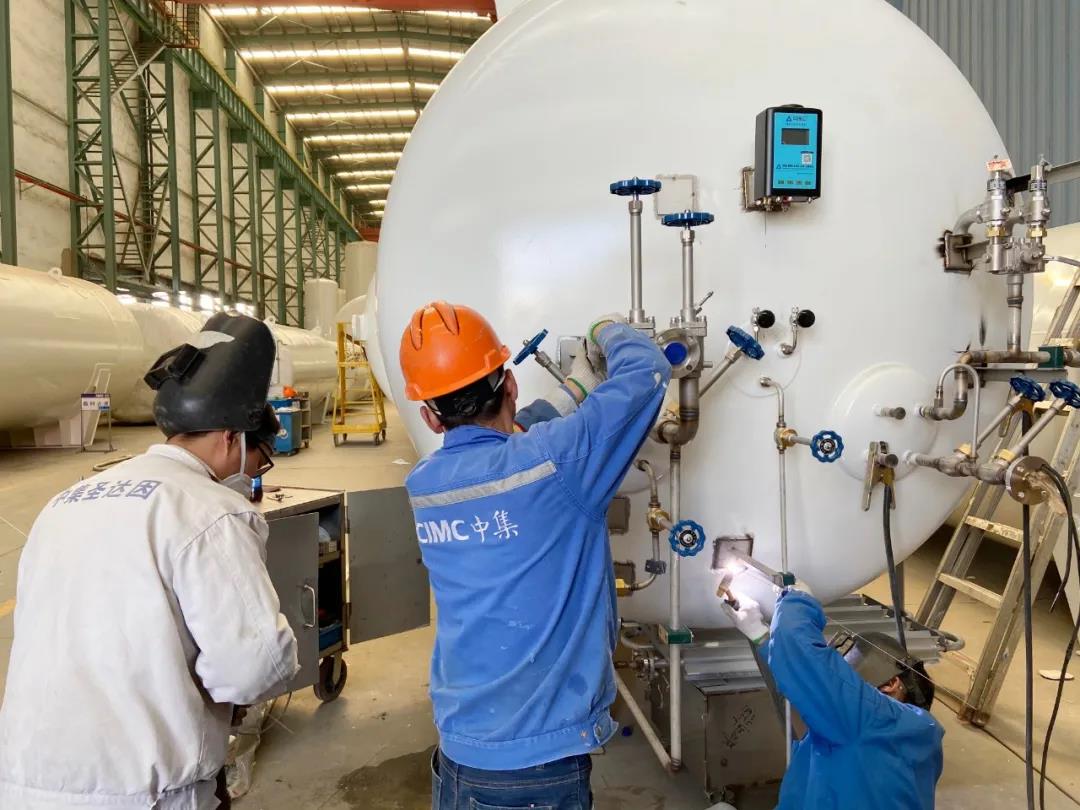 Normally, it takes 7 to 10 days to complete the later-stage processing of standard tank bodies of different sizes. However, inspired by the greater sense of corporate social responsibility, we completed the production in 3 days by fast-track online applications and work around clock.

To ensure the purity of oxygen flowing into a storage tank, it is necessary to carry out the pre-cooling operation before the tank is used. That is to say, the inner layer of a storage tank will be cooled for 12 hours at a temperature of -150℃.

“Our purpose is to make sure that when the storage tanks are transported to hospitals, they will be installed immediately and used for the treatments without any delay. During the national campaign against the disease – especially in Hubei, a province where the disease started spreading, the 12 hours spent on pre-cooling operation means a big waste of time and even the cost of life. Therefore, we completed the pre-cooling operation with our nitrogen, and discharged most part of the nitrogen from the tanks before the transportation. By doing so, the tanks will be immediately used for the storage of liquid oxygen after the delivery and installation”, said Jiang Airong.

Since hospitals in Wuhan, Huanggang and Xiaogan and other areas that suffered most from the virus spread and infection forwarded the logistics information about the liquid storage tanks, such as the driving plates of trucks and driving licenses of drivers to local government and traffic administration authorities in advance and provided letters of explanation for the emergency via fax, CIMC Sanctum transported all liquid oxygen storage tanks through the fast-track designated by the government.

“We really appreciate the efficiency of government agencies. In particular, we are grateful for the courage of drivers. When they learned that the products were for hospitals in Hubei Province, they did not reject our request. On the contrary, they choose to stay with us, and to stay with Hubei Province”, added Jiang Airong.

CIMC Sanctum’s 31 storage tanks store oxygen equivalent to that in over 42,000 steel bottles

Thanks to the excellent service over the years in Hubei Province, CIMC Sanctum made an earlier arrangement and organization of hoisting machines and installation staff before the transportation. After a liquid storage tank was transported to a hospital, the hoisting machine operating staff and the installation staff immediately began the unloading and installation operations to make sure that the tank would be available for medical professionals and patients within the shortest period of time.