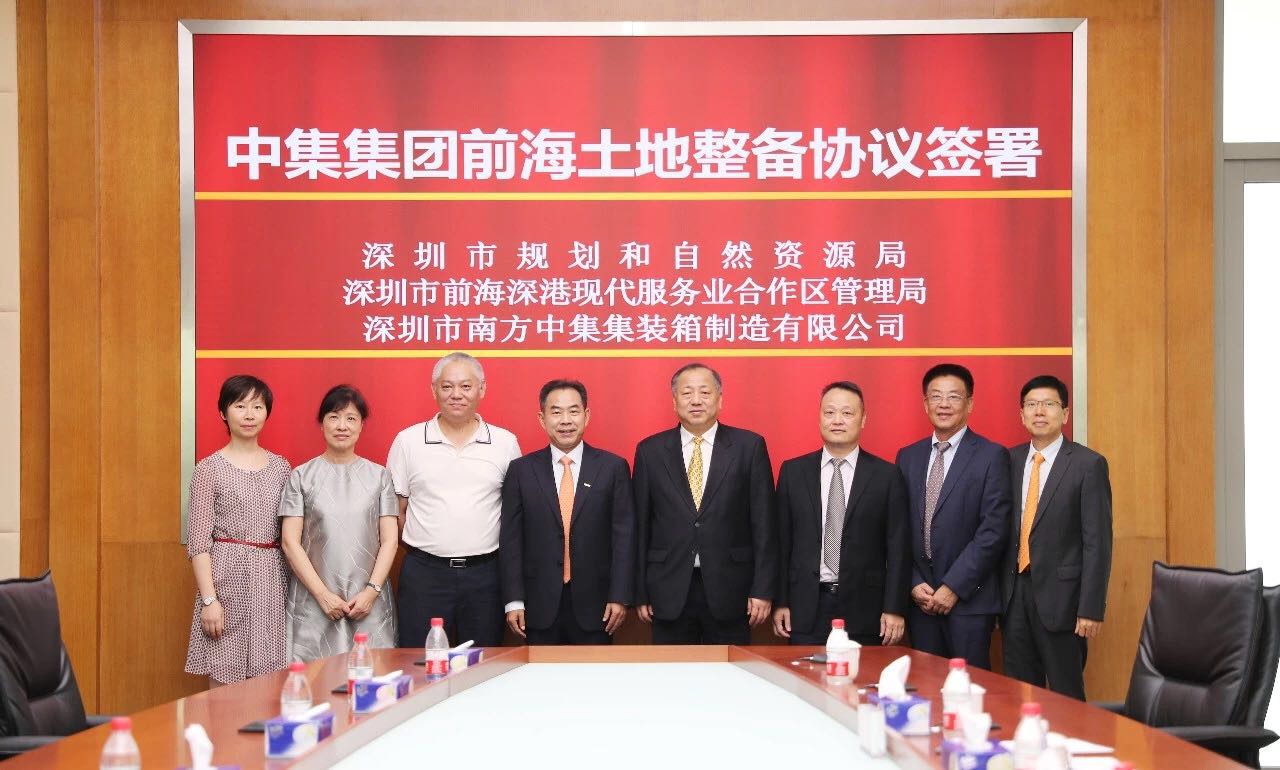 On September 29, CIMC announced that Shenzhen Southern CIMC Container Service Co., Ltd (SSCS), Urban Planning & Natural Resources Commission of Shenzhen Municipality (SZPNR), and the Authority of Qianhai Shenzhen-Hong Kong Modern Service Industry Cooperation Zone (SZQH Authority) achieved consensus on the preparation of three lands at Qianhai, and signed the Land Preparation Agreement. The three parties acknowledge that 12.89 billion yuan compensation would be paid to SSCS, and agreed that under new planning condition, the compensation would be converted into the land use right of the same value.

To calculate the compensation value payable to SSCS, the agreement set January 1, 2015 as the time point for land valuation under old and new planning conditions. After the deduction of policy-mandated expenditure from the gains of land value increment under old and new planning conditions, 40 percent of remaining gains would be paid to SSCS as the compensation. The three parties confirmed that SSCS was entitled to 12.89 billion yuan compensation. Therefore, the land use right equaling to the 12.89 billion yuan compensation will be transferred to SSCS.

Following the principle that the planning quotas remained unchanged, the state of business operations remained balanced, and the lands were centralized, the three parties agreed that the use right to the lands with site area of 92,100 square meters and building area of 627,900 square meters would be transferred to SSCS. The value of said land use right equaled to roughly 12.516 billion yuan. Since there is a difference value of 374 million yuan between the value of the said land use right and the compensation, the three parties agreed to separately settle the difference by converting it into land use right of the same value.

SZQH Authority agreed that within three months from the date when the formality for cancelling the registration of real estate of the three lands was completed, it would enter into the agreement on the transfer of land use right with CIMC. The transferred land use right would commence on January 1, 2015, and the term with respect to the land use right would be determined by the maximum term permitted by the State. The business apartments on the converted land could be sold on markets.

Previously, SSCS entered into the Land Preparation Framework Agreement with the Urban Planning, Land & Resources Commission of Shenzhen Municipality (former SZPNR) and SZQH Authority on October 9, 2019, and the supplementary agreement with SZQH Authority on February 19, 2019, and the Contract on the Shenzhen Municipal Government’s Transfer of Use Right to the Land for Qianhai Upstream Project (Phase I) with SZQH on February 27, 2019.

CIMC noted in the announcement that the signing of the agreement will speed up the preparations of land at Qianhai, enable CIMC to take advantage of the opportunities in the development, upgrading and transformation of Shenzhen and improve its overall benefits of existing resources and shareholder return. It serves the overall interests of CIMC and its shareholders.